Homes under $700,000?
Looking for a house in Sydney for under $700k? Make the smart choice on buying home or land in Sydney and enquire today. 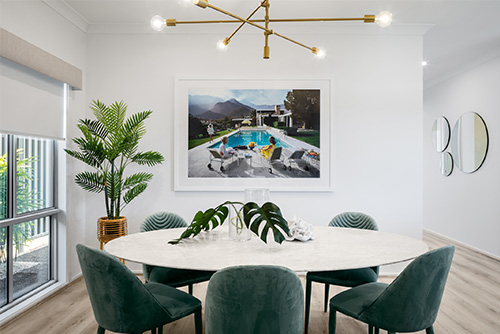 Right now, there are three rules of thumb for finding affordable residential property in Sydney, that you don’t have to fight a dozen other people at auction to get your hands on.

Buying a greenfield block of land – in other words, a piece of land that hasn’t been built on before – and building a house can be achieved for hundreds of thousands less than buying an existing home in Sydney.

Rawson Communities has Sydney and Newcastle house and land packages available, in partnership with Thrive Homes, for less than $600,000.

A trade-off for price is that the vast majority of available greenfield land is on Sydney’s outer fringe, stretching between the north-west and south-western suburban parts of the city.  By public transport, these areas are 45 minutes to an hour’s travel time to the Sydney CBD – but much closer to secondary CBDs including Parramatta, Liverpool and Penrith.

It’s these parts of Sydney where much of the city’s projected 1.2 million extra residents will live in a decade’s time.

That’s a more-than 20 per cent capital gain within two years of buying land, let alone moving into a new home built in this part of Australia’s most popular city.

Another consideration when buying and building is that, unlike buying second-hand, it takes a lot longer.  The most time-consuming part of the process is usually land registration, which can take up to 18 months depending where you’re buying land.

The build time can be cut down considerably by buying a piece of land that’s already registered, or close to being registered.  At any one time, Rawson Communities has registered land parcels available across its Sydney and Hunter region locations – meaning you could be ready to start building within six weeks of laying down your land deposit.

Rawson Communities has dozens of house and land packages available across Sydney and Newcastle for under $700,000.  Find out more, and get yourself lined up to take advantage of the First Home Buyer Deposit Scheme when it is introduced on January 1 2020.

The gifts just keep rolling in for first home buyers in Sydney! In June, it was the introduction of the $25,000 HomeBuilder...

Where to find a HomeBuilder – ready house and land package in Sydney for under $750,000

HomeBuilder Opportunity: why you need to buy with Rawson Communities